Select the way your prefer to login Equipson next time

Please, fill the email field and we will send you an email with a link to create a new password

You will receive an email with the steps to create a new password
Your email is not authorized to use an Equipson account. Call us, we will give you a solution.

We will keep you informed.

FANTEK staging makes its mark at World Expo in Dubai. 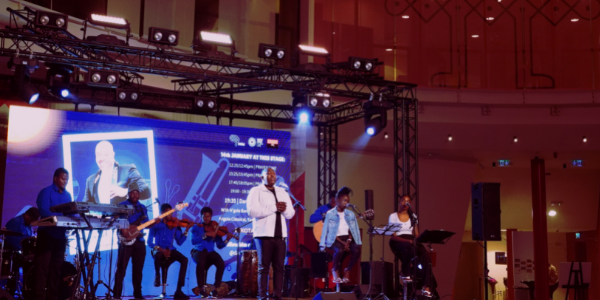 Fantek is playing a key role at Expo Dubai 2020 by supplying all the rigging and structures needed to create stunning audiovisual displays and performance stages in both the Spanish and Angola Pavilions.

Designed to showcase the best of art, architecture, innovation and technology, Expo 202 Dubai runs until the end of March and features more than 200 pavilions from all over the globe. The event was originally scheduled to take place in 2020 but was cancelled due to the COVID-19 pandemic. It eventually got underway in October 2021, making it the largest exhibition to be held since the pandemic and the first occasion that a World Expo has been held in an Arab Country. 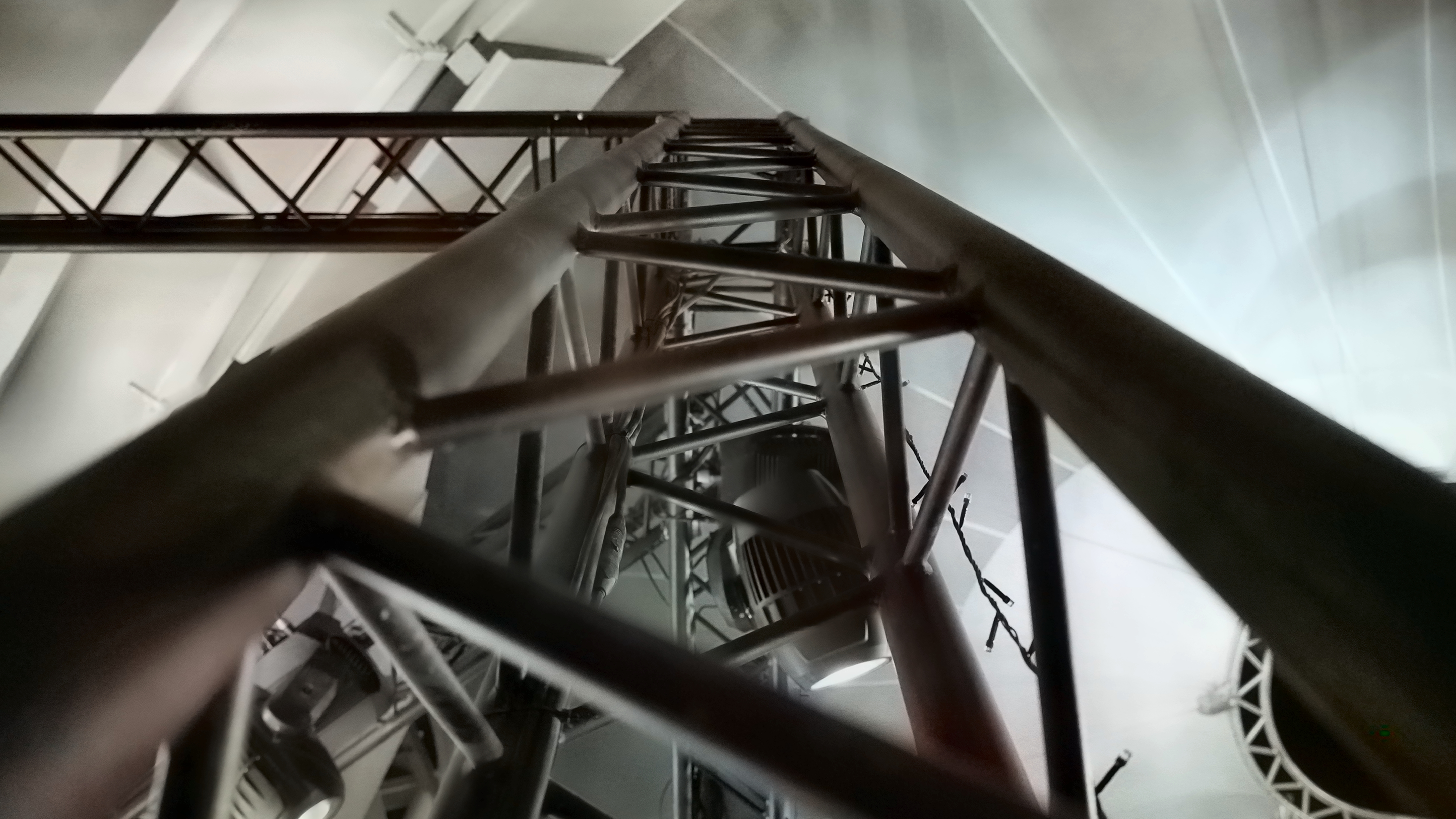 The Angola Pavilion pays tribute to its indigenous traditions by taking inspiration from Sona geometry, the ancient art of sand drawing that has been used by generations of its citizens to transfer knowledge. Using interactive spaces and a multimedia show that combines different audiovisual technologies, the Pavilion highlights how traditional wisdom can be used as a starting point to develop innovative solutions to local and global problems. The Angola Pavilion's central square also features a Fantek stage where leading African artists host daily performances.

Spanish company EIKONOS was responsible for designing and installing the Pavilion's technical and audiovisual infrastructure. Project Manager, Andrés Aguerri, says: "Having the direct support of the manufacturer from the early stages of the project allowed us to develop customized solutions that undoubtedly make the whole assembly easier." 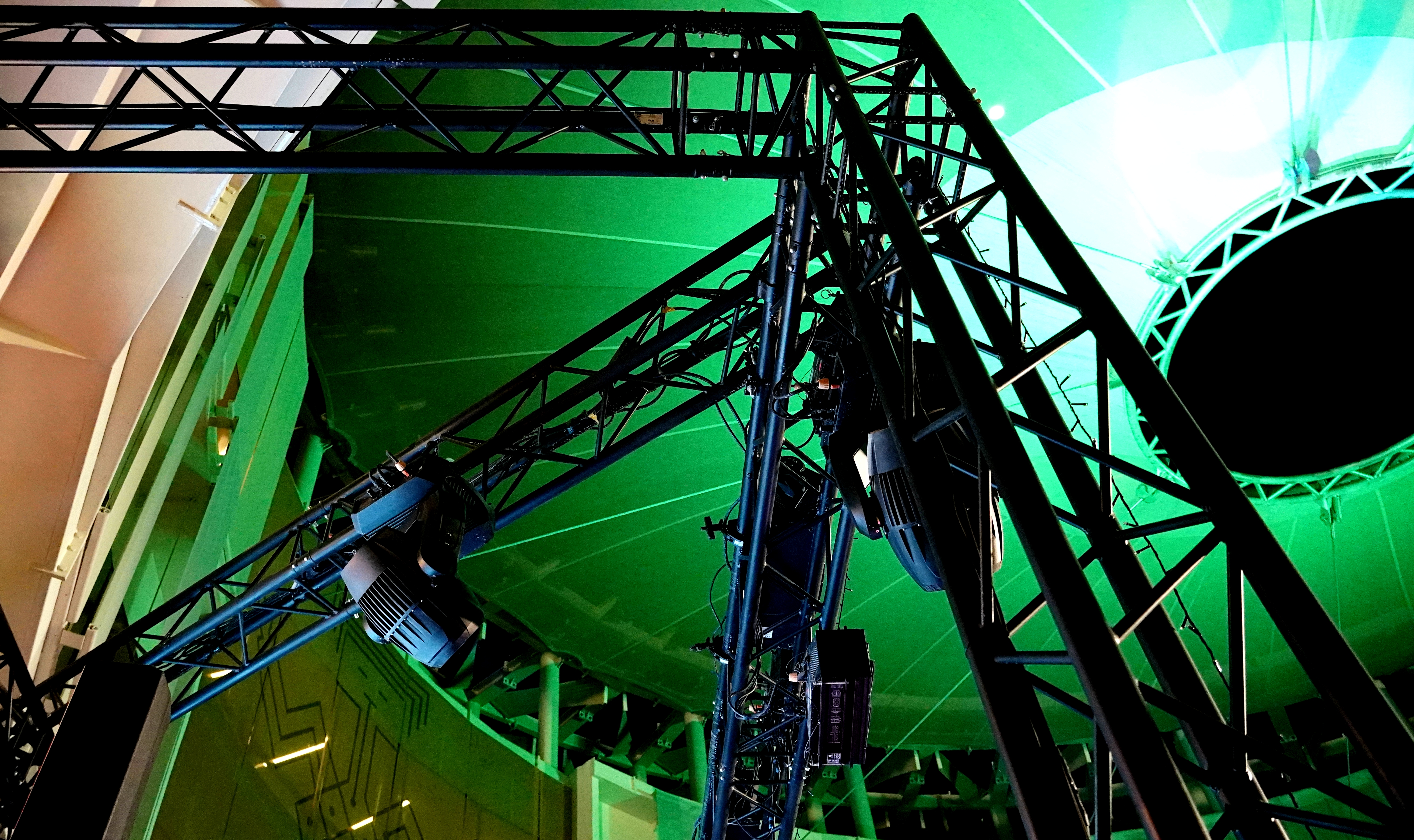 His view was reinforced by EIKONOS Head Rigger Justin Abio who adds: "As well as Fantek's light and resistant trusses, the company's range of accesories and components allowed us to place each element, each projector and each spotlight in exactly  the right place."

Fantek products are also used in the Spanish Pavilion, which highlights sustainability and the historical connection between Spain and the Eastern World. The multipurpose hall, located in the Pavilion's Agora, was built with Fantek staging and is being used for a multitude of corporate and business events. It is also the focal point of performances by prominent artists such as guitarists Miguel Trápaga and Jose María Gallardo del Rey, Quinteto Aulos, Artefactum, Rodrigo Cuevas and Mago Migue, among others.

"The flexibility of the FANTEK stage system allows us to adapt the stage to the needs and requirements of each company", said Juan González, technical manager of the space.

Iber de Vicente, head of Production of Cultural Activities of the Spanish Pavilion, adds: "Each country tries to show, through its Pavilion, the best of itself and that also includes stage and audiovisual technology. Spain is proud to have the equipment of manufacturers such as Fantek and Equipson as part of its display."